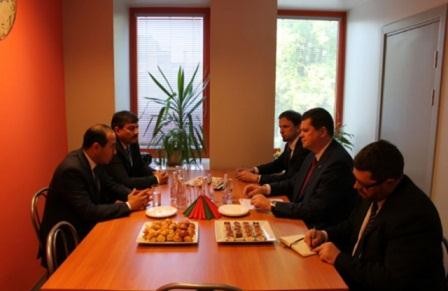 The visit aimed to boost Azerbaijani-Latvian inter-parliamentary ties, as well as to develop cooperation in the field of local self-government.

The Azerbaijani delegation attended the 27th Congress of the Local governments Union of Latvia. The MP also met Minister of Environmental Protection and Regional Development of Latvia Kaspars Gerhards. Kamran Bayramov informed the Minister about the reforms carried out in the field of local self-government.

Mr. Bayramov also provided an insight a cause and consequences of the Armenia-Azerbaijan, Nagorno-Karabakh conflict, as well as the recent escalation taken place in the troops contact line. The MP also became familiar with the activity of the Liepaja City Duma and had a meeting with the officials.

The parties exchanged views on prospects of establishing relations between Liepaja and the cities of Azerbaijan. Kamran Bayramov has also met Minister of Finance of Latvia Dana Reizniece - Ozola.