Entrepreneurs to be exempted from land tax 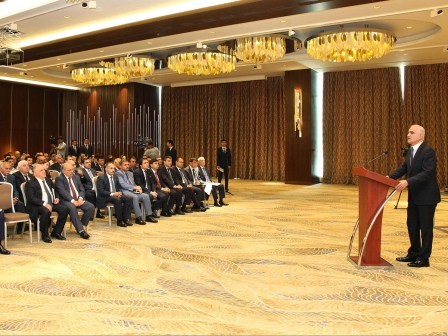 The total volume of investments on 15 projects, which have received a relevant promotion document, will be 160 million manats in Azerbaijan, the country's Economy Minister Shahin Mustafayev told reporters June 14 in Baku.

Mustafayev said the new mechanism exempts the entrepreneurs from land tax and provides them with 50 percent benefit when paying the income tax.

He pointed out that this mechanism will become a very important factor in ensuring the continuous development of Azerbaijan's economy.