The 3 billionth barrel of oil from Azeri-Chirag-Gunashli 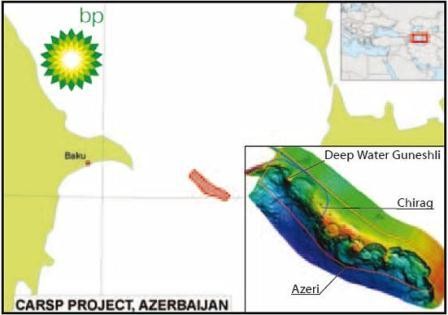 According to BP subsidiary in the Caspian Sea it reached a landmark for oil pulled from Azeri waters with its 3 billionth barrel.

BP's regional office for Azerbaijan, Georgia and Turkey began work at the supergiant Azeri-Chirag-Gunashli oil field in the Caspian Sea in 1997. It should be noted that more recently it started operations at the West Chiraq platform tied to the field.

The regional president for BP, Gordon Birrell, says it "is a significant milestone for both BP and for Azerbaijan".

Four years ago, BP was under criticism from the government of Azerbaijan over its role in the ACG complex. The State complaining production during the first half of 2012 was down 12% from the previous year. Azerbaijan's President Ilham Aliyev at the time called the situation at the field was "unacceptable".

One of the oldest oil-producing nations in the world, Azerbaijan is estimated to hold as much as 7 billion barrels of oil reserves. Production last year averaged around 850,000 barrels of oil per day.

This is the reason for the war in Ukraine - Iran