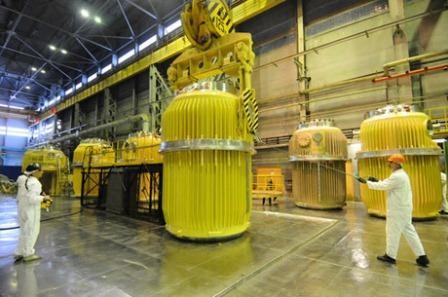 Turkey has ratified an agreement with China on use of atomic energy for peaceful purposes, the Official Gazette (Resmi Gazete) reported Aug. 25.

The agreement signed in Beijing between Turkey and China in 2012, has been ratified by Turkish President Recep Tayyip Erdogan.

Earlier, Turkey's Ministry of Energy and Natural Resources said that three nuclear power plants will be built in the country.

Turkey plans to construct the first plant in Akkuyu province jointly with Russia.

The intergovernmental agreement between Russia and Turkey on cooperation in the fields of construction and operation of the country's first nuclear power plant Akkuyu near the city of Mersin in southern Turkey was signed in 2010.

The plant's construction is expected to be completed in 2020.

The second nuclear power plant in Turkey will be built in Sinop province on the Black Sea coast.

The agreement on constructing the plant in Sinop was signed between Turkey and Japan in 2013. It is planned to complete the project's implementation by 2023.