Azerbaijan to allocate $2.809bn on SGC 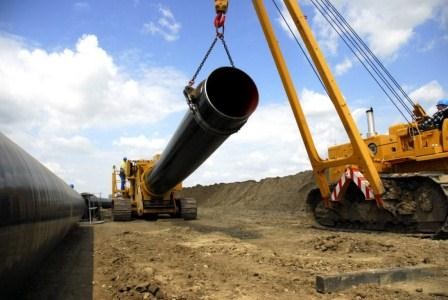 Southern Gas Corridor Co CEO Afgan Isaev said Baku has fully committed to invest in SGC, including SD2, and was continuing to meet its financial obligations on time, according to Natural Gas World (NGW).

Southern Gas Corridor Co was founded on February 25, 2014, following a decree by the president of Azerbaijan, Ilham Aliev, on the effective management of energy projects including SD2 and SGC, which consists of the South Caucasus pipeline extension (SCPX) and the Trans-Anatolian and Trans-Adriatic pipelines (Tanap and TAP respectively).

He said that Southern Gas Corridor Co had invested $5.212bn, while in total, Azerbaijan’s share in financing SGC and SD2 is estimated at $11.454bn. “Therefore, Azerbaijan has already realized 45.5% of its financing obligations.”

The current cost of the SGC from the SD2 reservoir to landfall in southern Italy, is estimated at around $40bn, comprising $9.3bn for Tanap, $6bn for TAP and $23.8bn for developing SD2 as well as the SCPX.

Isaev explained the sources of funds which Azerbaijan has allocated to SGC: “Issue of bonds by SGC to the sovereign wealth fund Sofaz, for a total amount of $2.5bn; Equity injections from the finance ministry and state oil concern Socar for a total amount of $1.7bn; And an inaugural eurobond in the amount of 1bn in March 2016.”

“SGC Co is willing to raise debt financing to fund its committed capital investments to the projects until 2019. The net funding need amounts to $6.2bn,” he said.

Isaev added Azerbaijan is negotiating with World Bank to attract credits for SGC. “Our projects are attractive and financial entities are interested in Azerbaijan’s energy projects. It is hard to say any concrete figure which would be allocated by international finance sources, because both they and Azerbaijan should reach a common point in credit terms. However, we believe that the terms of credits must be soft and the payments period should be at least 10 years, because these projects are not only in favour of Azerbaijan, but a big region would benefit economically from these projects.”