Menstrual cups 'as reliable as tampons' 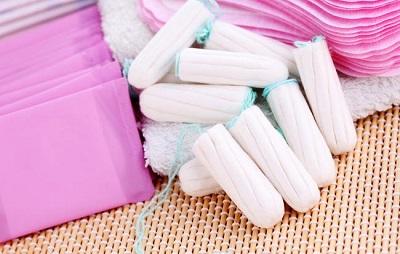 Women can be assured that menstrual cups are as leakproof as tampons and pads, say researchers who have carried out the first, large scientific review of sanitary products.

They fit into the vagina but, unlike tampons, are reusable.

Although they have been gaining in popularity, the review found awareness of menstrual cups among women was relatively low.

The work, published in the Lancet Public Health journal, looked at 43 studies involving 3,300 women and girls living in rich and poor countries.

Common concerns about trying a menstrual cup included pain and difficulty fitting or removing it, as well as leakage and chafing.

But the review found complications were rare.

Results from 13 of the studies found about 70% of women wanted to continue using menstrual cups once they were familiar with how they worked.

Four studies, involving nearly 300 women compared leakage between menstrual cups and disposable pads or tampons. Leakage was similar in three of the studies and significantly less among menstrual cups in one study.