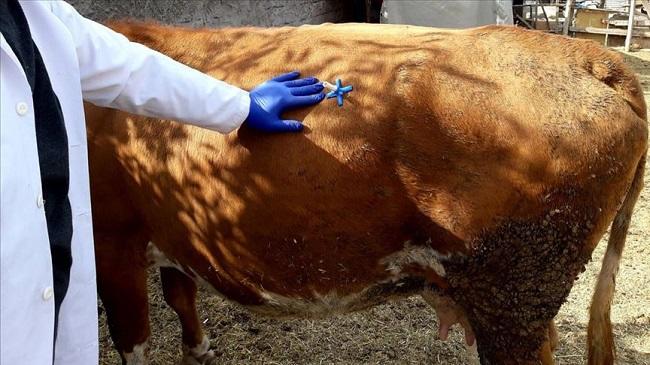 Axar.az reports citing AA that the device called "umbrella trocar", is now being exported to the U.S., Canada, Mexico, Brazil, Germany, and Russia, said Burhan Pinarbasi, the veterinarian who developed it.

Developed in cooperation with Cumhuriyet University's Technopark located in Sivas, the device has a feature of opening like an umbrella after entering into the stomach, providing gas extraction, Pinarbasi said. The project was funded by the Scientific and Technological Research Council of Turkey (TUBITAK), he added. The device is used by veterinarians on farm animals, Pinarbasi said adding that it is a first aid device ever developed and used around the world.

"We have started exporting it through e-commerce," he said. Both breeders and veterinarians welcome the product, and with the support of the Chamber of Commerce in the eastern province of Sivas, farmers in Turkey can receive umbrella trocars free of charge once they pay for the product's shipping fee, Pınarbasi said.