Should you ice a sprained ankle? 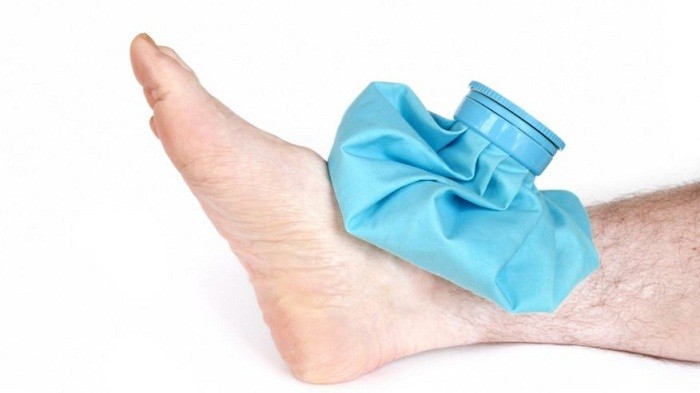 If you`ve ever suffered a sprain, you`re no doubt familiar with RICE—which stands for rest, ice, compression, and elevation. Back in 1978, Dr. Gabe Mirkin popularized the acronym in his “The Sports Medicine Book,” and it has become the standard recommendation for many sudden sports injuries.

But there`s recently been some debate about the I in RICE. In a 2013 review of studies the National Athletic Trainers` Association pointed out that the evidence for icing a sprain is "sparse." And more recently, Mirkin himself changed his mind about ice based on research that suggests icing injured tissue cuts off its blood supply. He told Consumer Reports on Health that he now believes “ice doesn’t increase healing—it delays it.”

So what should you do if (ugh) you twist your ankle? We reached out to leading docs for their advice.

To ice or not to ice?

It turns out there’s still plenty of support in the field for using ice to treat sprains. The American Academy of Orthopaedic Surgeons and the American Orthopaedic Foot and Ankle Society both back the RICE approach.

“I’m actually a big ice proponent,” said Dr. James Gladstone, co-chief of the Division of Sports Medicine and associate professor of orthopaedic surgery at Mount Sinai School of Medicine in New York City. “I don’t think there’s a new wave necessarily in terms of treatment, and particularly for sports medicine doctors treating athletes acutely.” Anytime someone twists a joint in professional sports like football or soccer, he adds, the first thing a trainer does is put ice packs on the injured area.

Ice helps numb the pain, and reduces swelling by constricting the blood vessels, Gladstone explained. “You still get a sufficient inflammatory response even with the ice to get the healing started,” he says. And if icing can reduce swelling enough, it may make it possible to mobilize the joint earlier.

Dr. Andrew Hsu, an assistant clinical professor of orthopaedic surgery at the University of California, Irvine, also recommends ice for his ankle sprain patients, every two to three hours for three to four days.

“Don`t put ice directly on the skin—use a thin piece of cloth such as a pillow case between the ice bag and the skin—and don`t ice more than 20 minutes at a time to avoid frost bite,” he advised.

What about rest—how much is enough?

Experts say the “rest” part of the RICE equation varies depending on how bad the injury is. After a severe sprain, you may need a brace or splint to immobilize the joint as the ligaments are healing. But in general, you should limit weight bearing, and use crutches if you need to, Hsu said.

To strike the right balance between rest and activity, consider both the pain of moving the joint and the stiffness that results from keeping it immobile, Gladstone said.

“You’d like to prevent stiffness, but you don’t want to induce pain, so a few days of immobilization can let things calm down, and then you can get it moving."

Movement improves blood flow to the area, he adds, and that aids the healing process.

Keep in mind that once you sprain your ankle, you’re more vulnerable to spraining it again. That’s because the ligaments lose some of their elasticity, according to Gladstone. And after any injury, a joint loses proprioception—basically, the ability to “know” where it is in space. Physical therapy to improve your balance and strengthen the tendons and muscles in your leg and foot can help reduce your risk of more sprains down the road, he said.