Scientists might have just found a way to protect babies 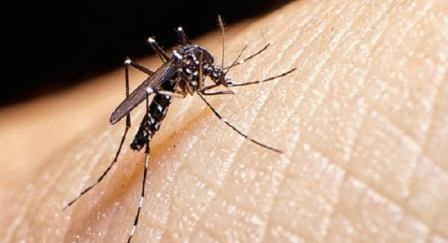 Scientists have discovered a key mechanism by which Zika virus affects the human foetal brain, and the findings suggest that two existing antiviral treatments might protect babies against the most damaging effects.

These existing drugs have the potential to stop the development of microcephaly, a condition associated with Zika that causes shrunken heads and underdeveloped brains in newborn babies.

We`re not talking about a cure for Zika yet, but the team from Yale University is hoping to find ways to block the mechanism they`ve found, to help give affected babies a better chance of a healthy arrival into the world.

"There is an urgent need to identify therapeutic approaches to halt Zika infection, especially in pregnant women," said one of the researchers, Marco Onorati. "In the interim, we hope these findings can lead to therapies that might minimise the damage caused by this virus."

The scientists investgated how Zika leads to microcephaly, examining a foetus that had died as a result of the birth defect.

They discovered that Zika virus interferes with a protein called TBK1, which is important in encouraging cell division in growing brains. Without it, brain cells die off rather than growing as they normally would.

Even better, Sofosbuvir is already FDA-approved in the US, which means it doesn`t need to jump through the usual regulatory hoops before being approved for clinical trials.

Even so, a lot more testing is required before Sofosbuvir can be prescribed for pregnant women carrying Zika.

"Sofosbuvir is not, at present, a medication that people currently facing Zika should use," Onorati told Kaleigh Rogers at Motherboard. "Our studies would also need to be repeated, in vitro and in vivo [in the lab and in animals], before we could be sure Sofosbuvir has an effect in Zika virus treatment and is safe."

A total of 56 countries and territories have reported outbreaks of Zika virus so far, according to the US Centres for Disease Control and Prevention (CDC), and while it isn`t harmful to most adults, babies born to mothers carrying Zika can develop the devastating effects of microcephaly.

While this research has a long way to go, by giving scientists some more clues about how Zika works, we`re getting ever closer to figuring out how to stop this deadly virus in its tracks.