Fossils in central Turkey are millions of years old 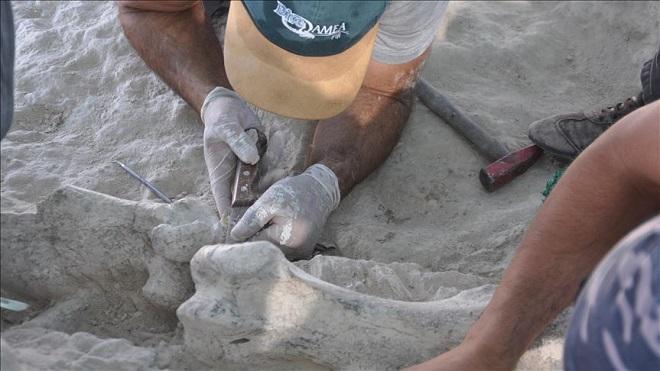 Fossils found in the central province of Nevsehir could shine a light on Anatolia's 7.5 million-year history, says expert.

"We think we will obtain important findings on Anatolia's 7.5 million-year history as a result of our research," Prof. Cesur Pehlevan of Nevsehir Hacibektas Veli University told Anadolu Agency on Tuesday about the specimens discovered at a construction site in Nevsehir province.

Excavations started in 2017 and would come to an end in several days, said Pehlevan.