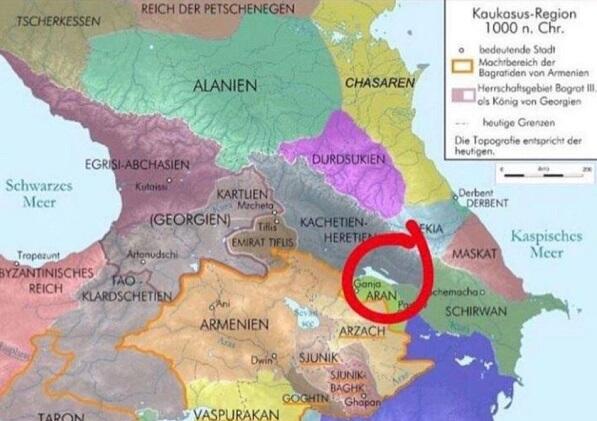 Armenian social network users have made another ridiculous claim.

Axar.az, this time the Armenians shared a map of the Mingachevir Hydroelectric Power Plant and "added" it to the "ancient kingdom of Armenia."

It was clear that the Armenians lived on the principle of appropriation, but this claim shows that they lack not only knowledge of geography, but also history and mathematics.

As we know, Mingachevir HPP, one of the most important energy facilities in Azerbaijan, was built on the Kura River in the 1950s. A reservoir providing energy production at the power plant with an area of ​​more than 600 square kilometres has been created there. It not only provides Azerbaijan with electricity but also allows it to export energy to Russia, Georgia, Iran and Turkey.

I wonder how the 70-year-old HPP has become an ancient monument and is included in the "ancient Armenian map"?

This shows that the claims of the Armenians are at least as absurd and ridiculous as the fantasy of the "ancient Armenian kingdom".