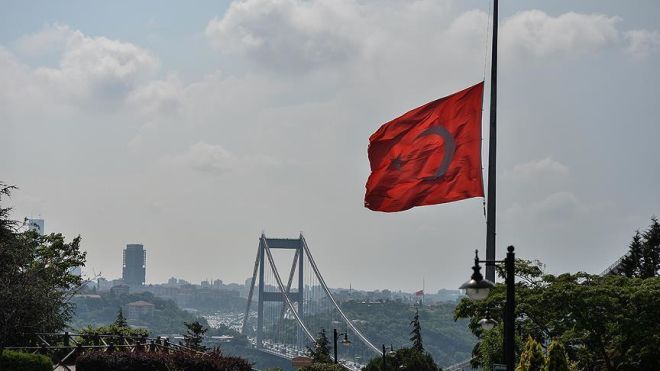 Turkey declared a day of national mourning on Sunday, after two bombs killed 29 people and wounded 166 others in a coordinated attack on police outside a soccer stadium in Istanbul after a match between two top teams.

Axar.az informs, the blasts on Saturday night - a car bomb outside the Vodafone Arena home to Istanbul's Besiktassoccer team followed by a suicide bomb attack in an adjacent park less than a minute later - shook a soccer-mad nation still trying to recover from a series of deadly bombing this year in cities including Istanbul and the capital Ankara.

President Tayyip Erdogan cancelled a planned trip to Kazakhstan, his office said. Erdogan described the blasts as a terrorist attack on police and civilians. He said the aim of the bombings, two hours after the end of a match attended by thousands of people, had been to cause the maximum number of casualties.