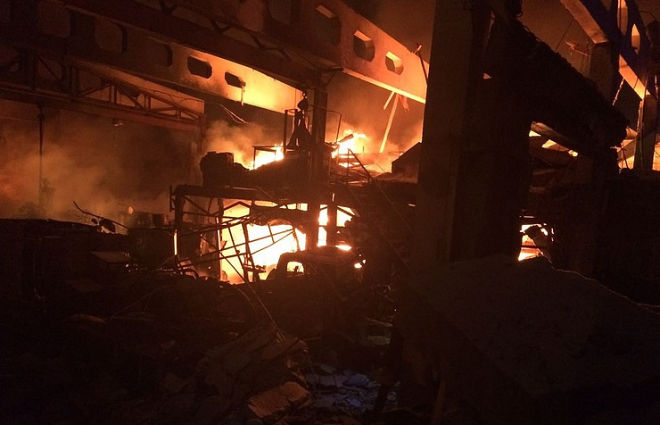 The death toll in the fire at an industrial facility in Tatarstan grows to five, spokesman of the local branch of the emergencies ministry Andrei Rodygin told.

"As the debris was cleared, the rescuers found two more bodies," he said. "Thus, the death toll has grown to five people."

Six people have been taken to hospital, the official added. First reports about the fire came at 04:55 Moscow time. The fire began at an industrial facility, where plastic goods were made. In the fire, the building of about 100 square meters ruined, the fire was extinguished at 06:56. The debris is being cleared now.