Members of Manchester bomber network still on the loose 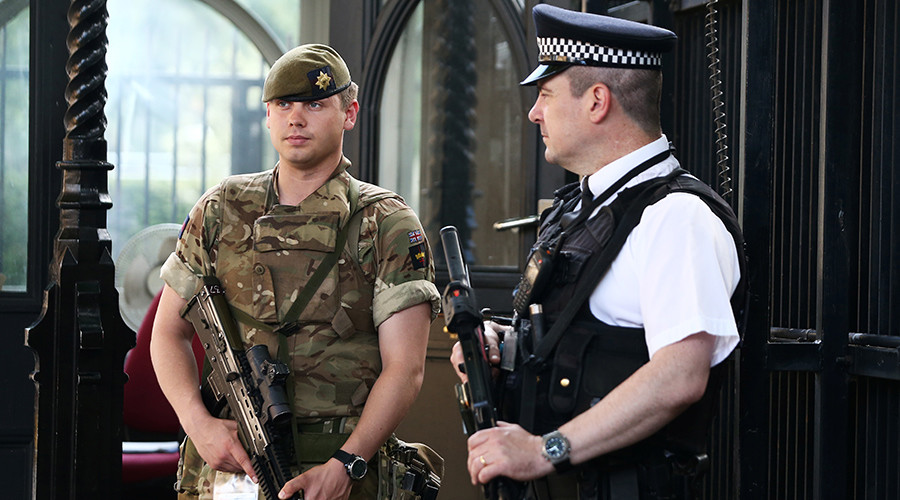 Members of the Manchester suicide bomber’s network may still be on the loose, UK Interior Minister Amber Rudd said. The statement comes after UK Prime Minister Theresa May scaled down the terrorist threat from “critical” to “severe” amid the “full tilt” operation.

In an interview on the BBC, the home secretary said“potentially” the members of the group linked to the Manchester attack perpetrator, Salman Abedi, could still be at large.

“It’s an ongoing operation. There are 11 people in custody, the operation is still at full tilt, in a way. Until the operation is complete, we can’t be entirely sure that it is closed,” Amber Rudd said.

On Saturday, British police released CCTV stills of Abedi, taken right before the Monday night attack which killed 22 people and injured dozens. The police statement assessed the progress of the investigation as “good,” adding that they have collected “significant information about Abedi, his associates, his finances, the places he had been, how the device was built and the wider conspiracy.”

“I would not rush to conclusions, as you seem to be, that they have somehow missed something,” the home secretary said, commenting on Abedi being known to security services before the bombing.

The home secretary also said they could get internet companies “to be more successful in working with us to find a way of getting some of that information.” Rudd added that it is “the internet companies who are continuing to publish the hate publications, the hate material that is contributing to radicalising people in this country,” that she is most concerned about.

On Sunday, British police arrested a 25-year-old man in the southwest of Manchester – the 14th arrest in a large-scale investigation. Two people have been released without charge, with 12 still in custody.

British-born Salman Abedi returned from Libya before he blew himself up at Manchester Arena on Monday night, May 22, officials confirmed. On Wednesday, Tripoli police arrested Abedi’s younger brother and father. The latter is believed to have links to a jihadist group and to have fought against the Gaddafi regime alongside Salman. While his younger brother, Hashem, was arrested on suspicion of ties to Islamic State (IS, formerly ISIS/ISIL) and plotting an attack in Tripoli, Salman’s older brother Ismail is among those detained in the UK.