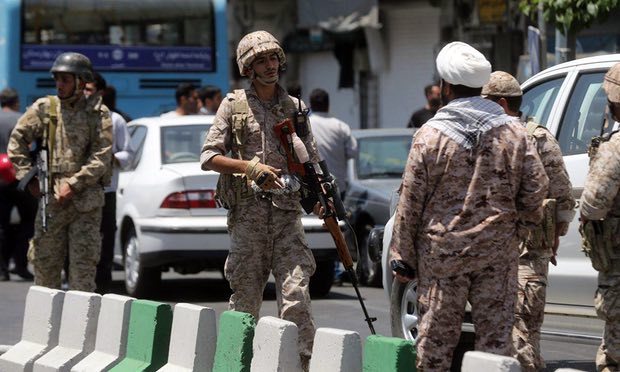 At least 12 people have been killed and dozens more injured in Tehran after gunmen and suicide bombers attacked the Iranian parliament and the mausoleum of the founder of the Islamic Republic.

Islamic State claimed responsibility for the attacks on the highly symbolic sites, publishing a brief video that purported to show the assailants inside the parliament. If an Isis role is confirmed, this would be the first attack conducted by the terror group inside Iran.

The parliament assault began when four gunmen armed with rifles burst into the building complex. One of the attackers reportedly blew himself up inside as police surrounded the building.

Gunfire could be heard from outside as police helicopters circled overhead, entrance and exit gates were closed, and mobile phone lines from inside were disconnected.

“I was inside the parliament when shooting happened. Everyone was shocked and scared. I saw two men shooting randomly,” one journalist at the scene, who asked not to be named, told Reuters.