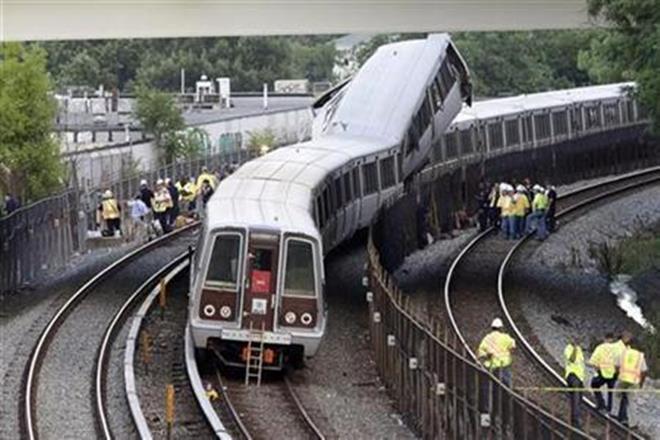 A Singapore mass transit train collided early on Wednesday with another at a station, injuring 25 people, authorities said, the latest incident involving the city-state’s railways.

Axar.az reports citing Reuters that, transit operator SMRT said 23 passengers and two staff suffered light to moderate injuries and have been taken to the hospital.

The incident took place at 0820 AM (0020 GMT), SMRT said in a statement. It said a faulty west-bound train had stalled at Joo Koon station on the system’s East-West line at 0818 AM. A second train stopped behind the faulty train at the station at 0819 AM but moved forward unexpectedly a minute later, coming into contact with the stationary train.

A photograph posted on the Straits Times website showed two trains stopped and in contact but with no major damage apparent.

Earlier, the Singapore Civil Defence Force said in a Twitter post that it had been alerted to an incident at the station at 8:33 a.m.

The collision comes as the country grapples with recent service disruptions on its mass rapid transit system, including a partial suspension of services during an October weekend due to flooding in a tunnel following heavy rains.

The mishaps led to a rare public apology by top transit executives in a country that prides itself inefficient public service and an assurance from the government to address the causes of the various glitches.

The densely-populated city-state is highly dependent on public transport. It is one of the world’s most expensive places to own a vehicle and recently announced that it will not allow any net growth in its car population from February next year.