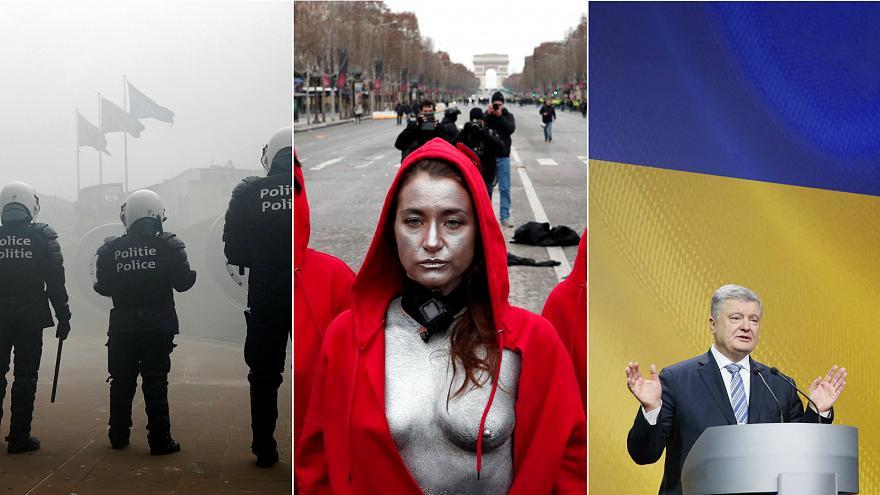 Protesters took to the streets of Brussels on Sunday to rally against a United Nations pact on migration, which is set to be approved later this week.

The Global Compact on Migration was adopted on Monday by 164 UN members and aims to improve the treatment of migrants worldwide.

Last month, Russian Navy ships fired upon and captured three Ukrainian Navy vessels attempting to pass from the Black Sea into the Sea of Azov, through the Kerch Straight.

"When, during the act of aggression in the Kerch Strait, I called him (Putin) to communicate, he refused," said Poroshenko at a press conference in Kiev on Sunday.

Paris was getting back to what it does so well on Sunday after another Saturday of protests by the Gilets Jaunes, or yellow vests.

Tourists returned and the wooden boards were coming off the windows of the shops. Although the number of demonstrators was down the businesses had taken no chances after the violence of recent weeks.

There were still scuffles with police in the capital and other cities and authorities estimate the protesters numbered around 66,000. Half the amount of the previous week but still substantial.