Explosion in Pakistan: 4 dead and 18 injured 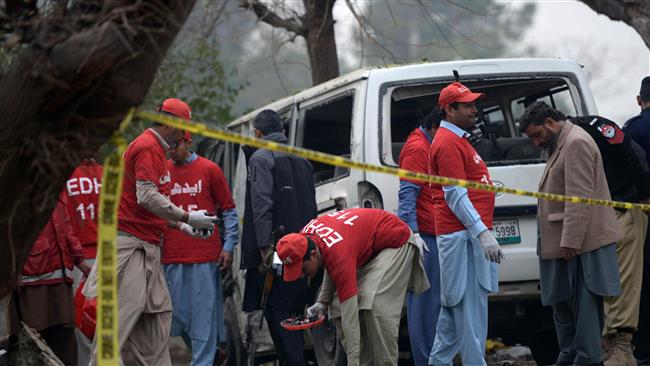 Geo News TV has reported, citing sources, that a bomb has targeted a van carrying the Elite Force of the Punjab Police. Emergency services and police officers are currently at the scene of the incident.

According to the authorities, a bomb that exploded near the Data Darbar Sufi shrine in the city of Lahore has killed at least four people, wounding 18 others. City police Chief Ghazanfar Ali confirmed that police officers have been the primary target of the attack, adding that hundreds of pilgrims were inside and outside the Sufi shrine at the moment of the blast.

Geo News TV has also reported that at least three of the victims were police officers, adding that four of the injured are in critical condition.

Data Darbar, the largest Sufi shrine in South Asia, already survived a terrorist attack in 2010 when a suicide bomber killed dozens of pilgrims.