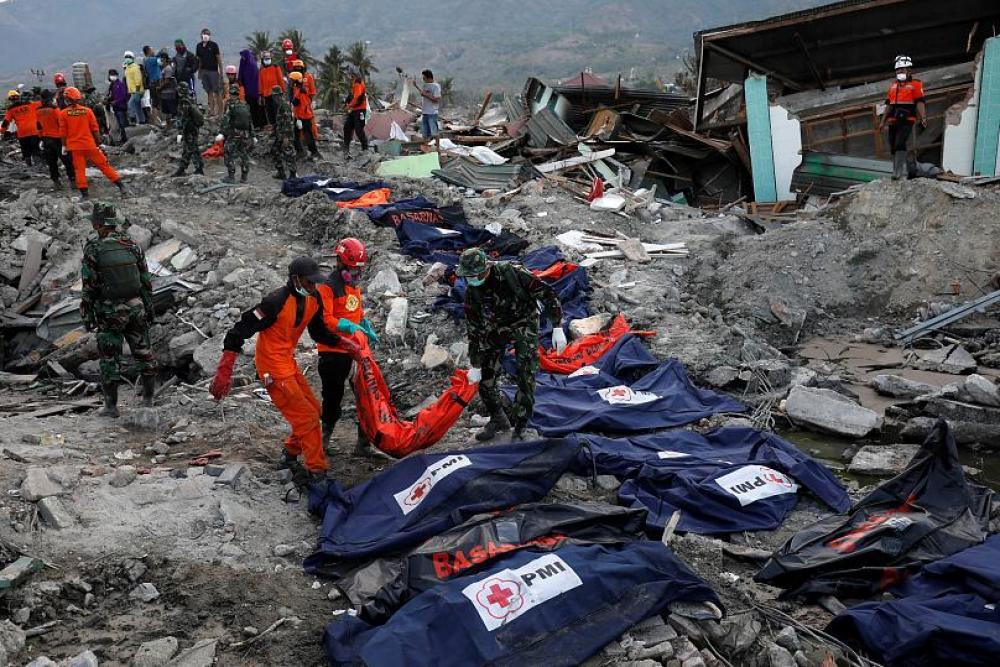 Indonesia issued a tsunami warning within minutes of the 6.8-magnitude quake on Friday night. The warning lasted two hours and sent people living along the coastline fleeing to higher ground.

Axar.az reports citing Reuters that the strong quake was felt in the capital Jakarta and people rushed out of high-rise buildings.

Four people died, some of the heart attack or fatigue, as people rushed away from the coastline, Agus Wibowo, spokesman of the disaster mitigation agency told a news briefing. Four others were injured, and more than 200 buildings were damaged by the quake, he said.

Many of the people who took to higher ground, including about 1,000 taking shelter in the gubernatorial office in the Lampung province, had returned home, Wibowo said.

Last year, a tsunami hit the city of Palu in Sulawesi island, killing thousands, while a crater collapse at the Anak Krakatau volcano triggered a tsunami that killed at least 430 people in an area near the latest quake.