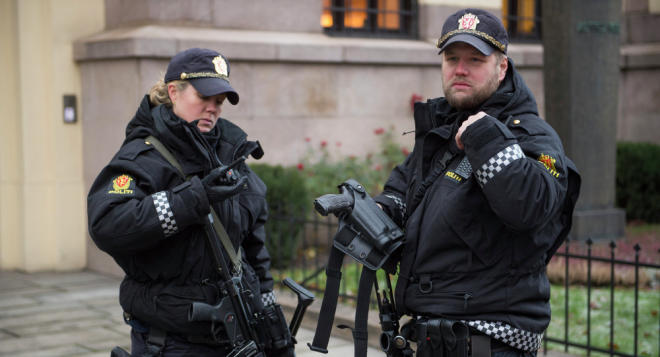 One person has been injured after a shooting at a mosque just outside Oslo, Norwegian police said on Saturday, adding that a suspect had been arrested.

Axar.az reports citing Thenational that police on a site of a shooting inside the Al Noor Islamic centre mosque in Baerum outside Oslo, Norway. The suspected shooter is believed to have acted alone and is a "young white man", the police said.

The shooting took place at the Al Noor Islamic Centre and the victim has been identified in media reports as a 75-year-old worshipper.

"The man carried two shotgun-like weapons and a pistol. He broke through a glass door and fired shots," the mosque's director Irfan Mushtaq stated.

Members of the mosque overpowered the shooter, wearing body armour, before the police arrived, Mr Mushtaq said. The incident took place at around 4pm local time on the day before the celebration of Eid Al Adha. Police said the extent of the victim's injuries are not yet known.