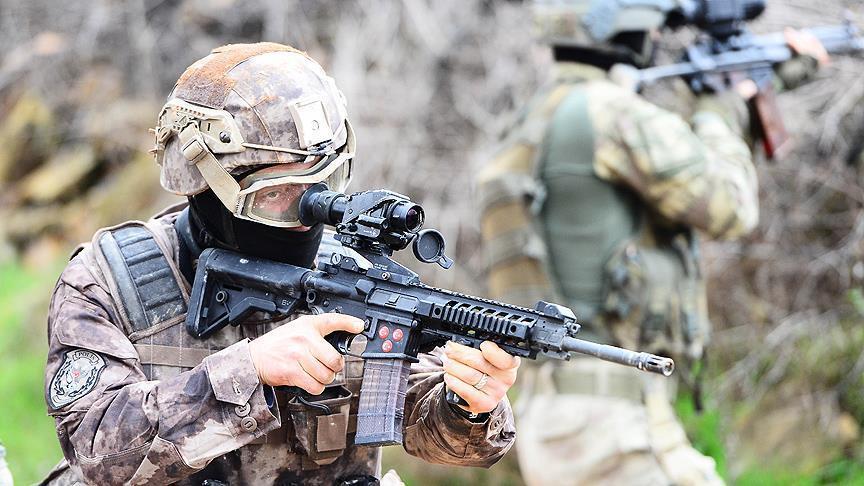 One Turkish soldier was martyred and five were wounded by YPG/PKK terrorist attacks in northern Syria, officials said Sunday.

The casualties came due to "harassment attacks committed by PKK/YPG terrorists against our elements conducting reconnaissance-surveillance activities in Ras al-Ayn,” said a Turkish Armed Forces statement, adding that the territory falls within Turkey’s anti-terror operation in Syria.

Last Tuesday, Ankara and Moscow reached a deal under which YPG/PKK terrorists will pull back 30 kilometers (18.6 miles) south of Turkey’s border with Syria within 150 hours, and security forces from Turkey and Russia will mount joint patrols there.

In its more than 30-year terror campaign against Turkey, the PKK -- listed as a terrorist organization by Turkey, the U.S. and the European Union -- has been responsible for the deaths of 40,000 people, including women, children, and infants. The YPG is the PKK’s Syrian offshoot.