6 dead, 37 injured as bus plunges off cliff in Peru 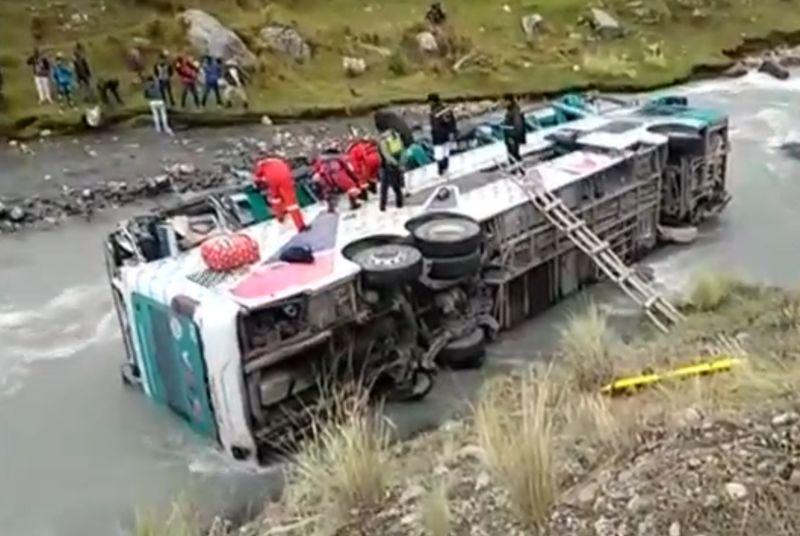 A passenger bus has plunged off a cliff in Peru, killing at least six people and injuring 37 more, the Prosecutor’s Office stated.

Axar.az reports citing RPP that the accident took place late on Monday as the passenger bus was heading from Puno to Juliaca - one of the most popular tourist destinations due to Lake Titikaka tours starting from Puno and the airport being situated in Juliaca.

The investigation is ongoing, and the number of casualties may later rise, RPP added.

Fatal road accidents are frequent in Peru due to speeding, poor road conditions and dangerous turns. In early October, 23 people were killed in a bus crash in the southern Cusco region.