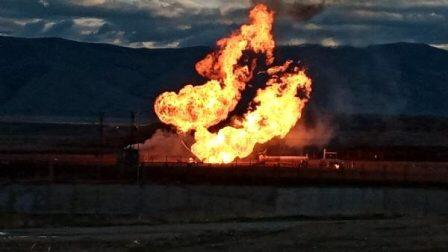 Engen Petroleum is a South African oil company that is focused on refined petroleum products and was part of Mobil until 1990. The company is present in 17 countries and exports its products to over 30, mostly in Africa and islands in the Indian Ocean.

Axar.az reports citing foreign media a massive explosion has hit the Engen Oil Refinery in Durban, South Africa, local police said. Seven people were injured as a result of the explosion, all of them are in stable condition, an emergency services spokesman said.

There's still no information on the cause of Friday's explosion at South Africa's second-largest crude refinery.