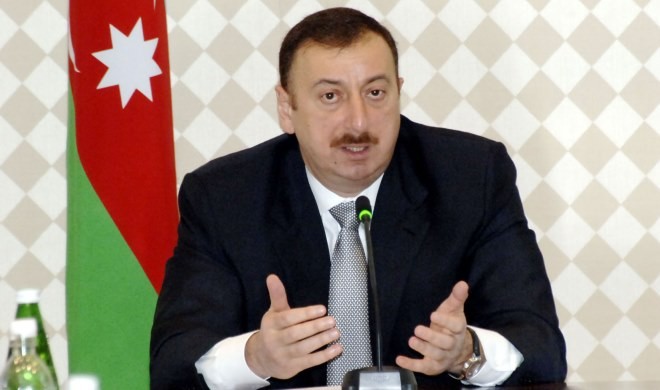 Azerbaijan will mark the 25th anniversary of restoring independence this month, the country’s President Ilham Aliyev said during the meeting of Pope Francis with representatives of the general public at the Heydar Aliyev Center.

Azerbaijan has come a long and honorable way over these years, he added.

“We enjoy great respect on the international arena. Several years ago, 155 countries voted for Azerbaijan and chose it a non-permanent member of the UN Security Council,” said the president.

“Our economy has grown three times over the last 13 years. The poverty and unemployment rate has dropped to 5 percent,” said President Aliyev. “Many projects are under implementation in Azerbaijan. We have created a modern state.”

“Today, Azerbaijan marks the 25th anniversary of its independence with optimism, because, we have proved to ourselves and to the world that we can live successfully as a free country,” he added.

“Azerbaijan is a native land of all peoples living in our country. Azerbaijan stands strong. It is a modern, secular, developing country open for cooperation,” said the president.

Ilham Aliyev pointed out that Pope Francis’ visit to Azerbaijan is a historic event.

“This is a great honor for us,” he added.

“You sent a clear message from Baku to the whole world, saying that multiculturalism, the interreligious dialogue, good will and good attitude should gain victory and prevail,” President Aliyev said to Pope Francis.

“I told you in our meeting today that with this visit, you drew the attention of the whole world to Azerbaijan,” he said.

“Today, your followers, your supporters on all continents look at Baku, become familiar with our city and our country. They see that there is a modern, secular and developing country in the world, in the Muslim world,” said the president. “They see that the head of the world's Catholics Francis is in Baku. Therefore, I would like to express gratitude to you on behalf of the whole Azerbaijani people. I wish you robust health and new success.”