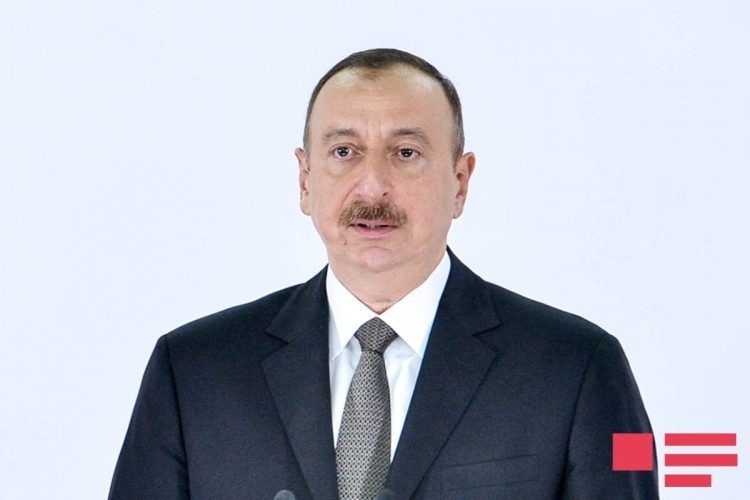 Azerbaijan continues to develop successfully against the background of what is happening in the world, said Azerbaijan’s President Ilham Aliyev.


The president made the remarks in his speech at a meeting the Cabinet of Ministers dedicated to results of socio-economic development in nine months of 2016 and future objectives.


He recalled the 5th Baku International Humanitarian Forum that has recently been held.

“More than 400 well-known people from 80 countries attended the forum. The activities we have carried out especially towards multiculturalism were welcomed at the forum,” said the president. Azerbaijan hosted several international events this year. I want to emphasize the 7th Global Forum of the United Nations Alliance of Civilizations.”


“We have hosted a Formula One race which has 500 million fans. Even the directors of the Formula One group admit that the best race was held in Azerbaijan. For the first time, Azerbaijan hosted the International Chess Olympiad in the best way. That Olympiad was joined by representatives from up to 200 countries,” he added.


The head of state also mentioned Pope Francis’s visit to Azerbaijan as one of the greatest events.


“That was a historic visit. The Pope sent very clear messages to the world from Baku,” said Ilham Aliyev.


“At the same time, his precious statements on the multicultural situation in Azerbaijan were a manifestation of the value given by world catholic leaders to this work. That’s what we are doing. But our surrounding is on fire. Risks are growing. We should protect our happy life and happy future. Peace, tranquility, and security are dominating in Azerbaijan. Everything is going in the right course,” he added.