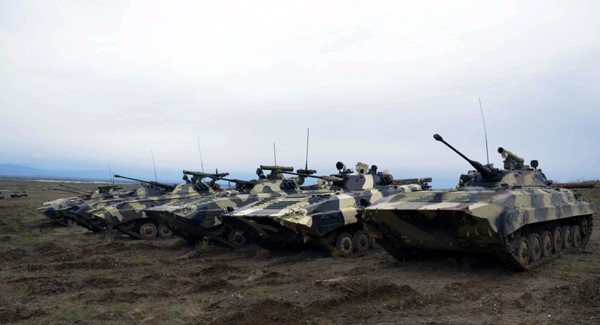 The Armed Forces of Azerbaijan have begun checking the combat readiness of tank and armed vehicle units, in accordance with the 2016 readiness plan.

The ongoing exercises along the front line are aimed at enhancing the combat skills of tank and armed vehicle units, and increasing their fighting spirit and morale, the Defense Ministry told APA on Nov. 4.

During the exercises, taking place under circumstances similar to real day-and-night combat conditions, the units are carrying out test-fire from armed-vehicles.

In order to create realistic impressions about the enemy’s combat vehicles, the Armed Forces are using parts of Armenian tanks destroyed in the April fighting last year as targets in varying distances.