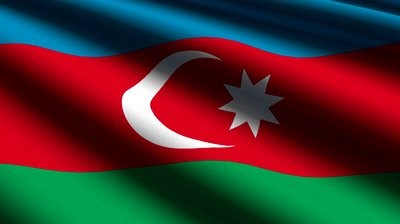 The law 'On the State Flag of the Azerbaijan Republic' provides a detailed description.

The state flag is a symbol of Azerbaijani national sovereignty. The state flag of Azerbaijan represents a rectangular panel consisting of three equal horizontal bands colored blue, red, and green, with a white crescent and an eight-pointed star are centered in the red band. The ratio of the flag's width to its length is 1:2.

The flag with a 162 meter-high flagpole measures 70 meters high and 35 meters wide. The total weight of the construction is 220 tons. The flag's total area is 2450 square meters with a weight of about 350 kilograms.

The national emblem, words of the anthem and the map of the country are made of gilded bronze.

The National Flag Museum was also established the square upon President Aliyev's initiative.