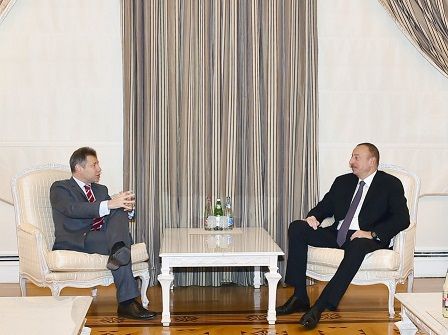 Axar.az reports that, settlement of Nagorno - Karabakh conflict was discussed during meeting.

President of Azerbaijan Republic Ilham Aliyev expressed his hope that as a co-chair of the OSCE Minsk Group France will continue playing an active role in the settlement of the Armenia-Azerbaijan Nagorno-Karabakh conflict.

The head of state underlined that the Nagorno-Karabakh conflict has run for many years, and reiterated Azerbaijan's interest in finding a soonest possible solution to the dispute.

Ilham Aliyev thanked for the greetings of the French president, and asked Visconti to extend his greetings to Francois Hollande.