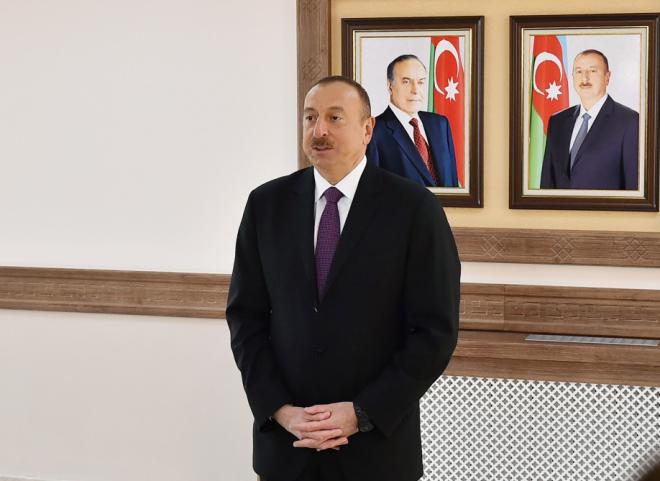 Azerbaijan currently meets its demand for cement by 100%, President of Azerbaijan Ilham Aliyev said in the conference dedicated to the results of third year implementation of "The State Program on socio-economic development of the districts of the Republic of Azerbaijan in 2014-2018".

Axar.az reports referring to APA, he said that Azerbaijan meets its demand for lime by 90%, for gypsum by 200%, for marble and travertine by 46%, for medium-density fibreboard (MDF) by 100%, for reinforcements by 72%, for aluminum by 231%: “Investments in construction materials declined last year, but this is temporary. New buildings to be constructed through the State Housing Construction Agency will revive this sphere”.

Head of the state noted that carpet-weaving should be developed: “Azerbaijan is an attractive country for tourism. There are leading hotels in Baku. Our hospitable people, stability and security in the country attract the tourists. Visas have also been facilitated. A strong tourism industry should be created in Azerbaijan”.

The president said ASAN Service centers will be launched in Guba and Mingechevir:

“At the same time, 42,000 public jobs will be launched this year. We have some goals in doing these works. We can double export of agricultural products. So, more currency will flow into the country, number of jobs will be increased and dependence on oil will be reduced. I say we live in post-oil period. But this does not mean that there will not be oil revenues. We’ll use oil revenues for welfare of our people for decades”.