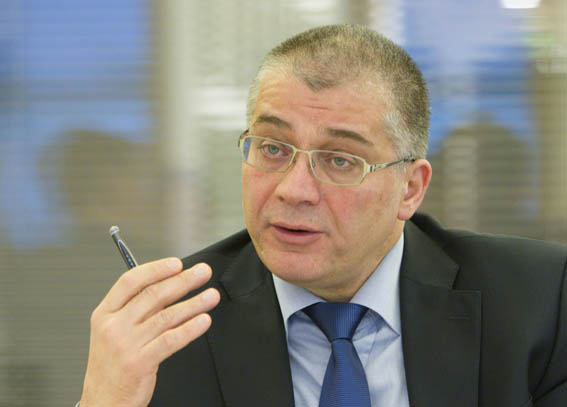 Azerbaijan has been living in a state of war for more than 25 years, said Azerbaijan’s Deputy Foreign Minister Araz Azimov.

He made the remarks at a panel session titled “Building Peace: 70 years of UN action – towards a culture of prevention”, which was held as part of the 4th World Forum on Intercultural Dialogue in Baku May 6.

Azimov stressed the need for an international approach to the settlement of the conflict.

“Conflicts are no longer a problem of the two countries, they go beyond the region. It is possible to create conditions for peace after taking the necessary measures to prevent the emergence of similar conditions and using the practice of resolving previous conflicts. However, there are sometimes doubts about the recognition of international law and education in this area in neighboring societies. Each side must respect the principles of international law,” he said.

The deputy FM went on to say that effective international cooperation can play a key role in resolving the ongoing conflicts in the world.

He called on international players to intensify their efforts to resolve conflicts.

“Than sitting and analyzing the conflict in New York, it is necessary to work more closely in the conflict regions. Peacekeeping organizations, including the OSCE Minsk Group are not always effective. For example, the Minsk Group co-chairs – Russia, the US and France – primarily serve their interests. As a result, the conflict remains unresolved,” he added.

Azimov called for an immediate implementation of the four UN Security Council resolutions on the conflict.

“The UN resolutions need to be fulfilled. They indicate a concrete way to resolve the conflict. The Minsk Group should act in accordance with these resolutions,” said the deputy minister.