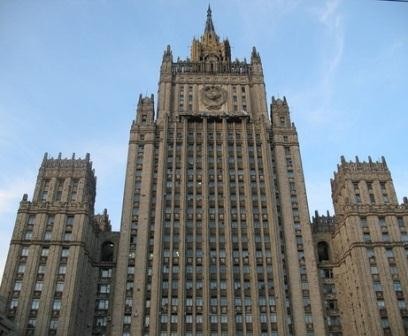 The foreign ministers of Russia, Azerbaijan and Iran plan to hold a trilateral meeting.

Grigory Karasin, Russian Deputy Foreign Minister made the remark while talking to local media on March 27.
"Yes, such a meeting is scheduled, let's wait for it", Karasin told media, not specifying the date of the upcoming event.

Earlier, Azerbaijan's Foreign Minister Elmar Mammadyarov said that his Russian counterpart Sergey Lavrov will visit Azerbaijan in early April. The ministers of the two countries were expected to discuss the settlement of the Armenian-Azerbaijani Nagorno-Karabakh conflict, Mammadyarov said in an interview with Kommersant newspaper.

However, no specific remarks have been made over possible visit of Iranian Foreign Minister Javad Zarif to Baku.

Some expect the meeting of foreign ministers of Russia, Azerbaijan and Iran to give an impetus for creation of new trilateral format for the regional cooperation.

Azerbaijan already enjoys intra-regional cooperation, such as the trilateral relations between Azerbaijan-Georgia-Turkey, Azerbaijan-Turkmenistan-Turkey and Azerbaijan-Iran-Turkey.