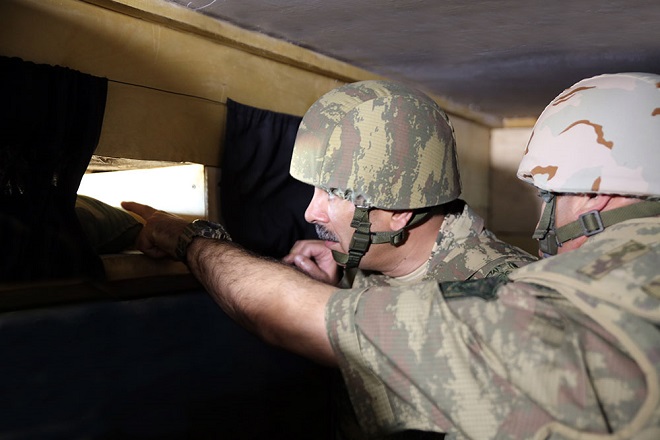 According to information given to Axar.az from Ministry of Defense, the ministry officials laid a wreath and flowers at a monument erected in Fuzuli’s Horadiz town in honor of the soldiers martyred in the battle for Lele Tepe in April 2016.

Meeting the soldiers who were on combat duty in the trench, Defense Minister Colonel General Zakir Hasanov observed the opposite side and the operational conditions, checking the defense lines.

After attending the opening of a new bath-laundry, a boiling room, and a food storehouse, the ministry leadership checked the personnel’s combat readiness, psychological condition, and living conditions.

At the end of the visit, the ministry leadership had lunch with the soldiers.