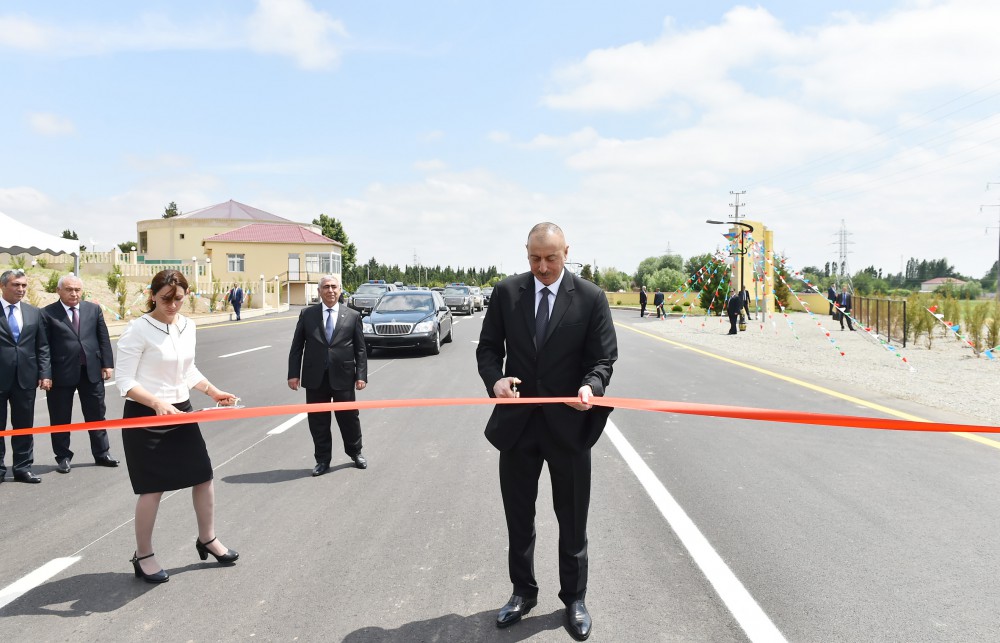 The reconstruction of the Jojug Marjanli village, which is considered to be the beginning of the Great Return, has come to an end.

The Azerbaijani president inspected the reconstruction work carried out in the village and met with the residents.

The president’s visit to the village began with the opening of a new road. The head of state was informed that the total length of the road measures 9 kilometers and its width is 12 meters.

During the visit, President Ilham Aliyev visited the house of villager Ogtay Haziyev. Despite the danger, the family of eight has been living in the village since 1994, being an example to all IDPs and demonstrating an example of genuine patriotism and heroism. The president then had a talk with Ogtay Haziyev’s family members.