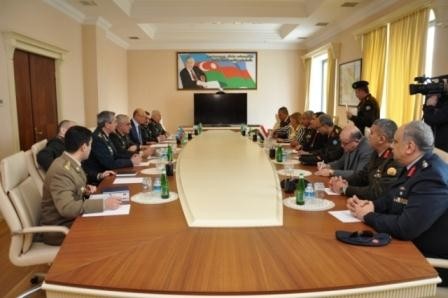 Azerbaijani Minister of Emergency Situations, Colonel General Kemaleddin Heydarov on Wednesday met with a delegation headed by Border Guard Commander of the Ministry of Defense of the Arab Republic of Egypt Ahmed Ibrahim Mohammed Ibrahimi.


Minister Heydarov noted that the two countries successfully cooperate in preventing emergencies and eliminating their consequences.


In his turn, Ahmed Ibrahim Mohammed Ibrahimi said that cooperation between Azerbaijan’s Ministry of Emergency Situations and Egypt’s relevant bodies has huge prospects.

The parties then exchanged views on a number of issues of common interest.