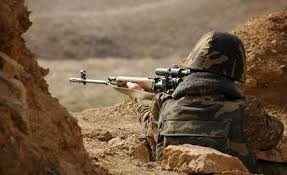 Armenian armed units have broken the ceasefire with Azerbaijan 130 times in various parts of the contact line of troops in the last 24 hours, the Azerbaijani Defense Ministry said on Apr. 3.


In consideration of the operational situation, Azerbaijani armed forces carried out 137 strikes on Armenian positions.