Military actions of Azerbaijan are legal 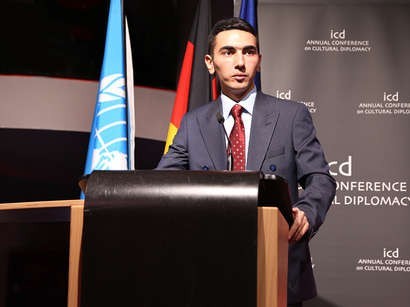 Military actions of Azerbaijan in the occupied territories are legal regarding to law norms. Realizing military operations in Karabagh territories occupied by Armenian armed forces are legal actions according to the International norms and UN Security Council resolutions.

Axar.az reports that the statement has been expressed by Tabriz Raufoglu who is a lawyer. He continued to his sentences by revealing some false information of Armenian media trying release wrong news to the world.

“There are four resolutions of UN Security Council that absolutely require withdrawing of Armenian military forces from the territories of Azerbaijan. In this regard, we can say that all the norms of international law let Azerbaijan liberate its lands, although Azerbaijan side does not support military settlement of the conflict while protecting itself and its civil population. Even Azerbaijan paid attention to calls of international community that stopped military operations unilaterally but Armenians are trying to continue shootings and shelling.”

Tabriz Raufoglu added: “I want to invite all the international press agencies checking news on Nagorno - Karabakh before releasing. That is why many photos and videos using by Armenian press do not cover reality. Best way to get accurate information is to go to the front line or apply to the Ministry of Defense of Azerbaijan that fighting is going on in unseparated lands of it.”