Russia and Azerbaijan coordinating due to Caspian Sea 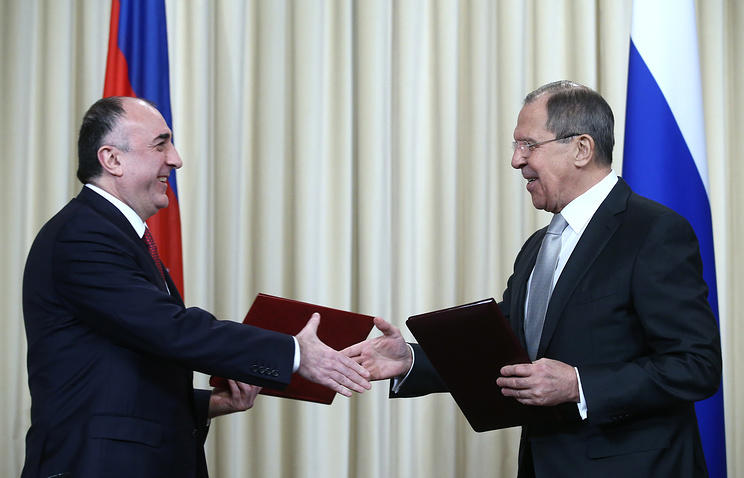 Moscow and Baku have been closely coordinating their approaches to the legal status of the Caspian Sea, Russian Foreign Minister Sergey Lavrov said following talks with his Azerbaijani counterpart Elmar Mammadyarov on Monday.

"As for the Caspian Sea issues, we have been closely coordinating our approaches," he said. "We expect the process to move forward meeting of the five Caspian states’ foreign ministers, scheduled to be held in early December," Lavrov added.

Mammadyarov, in turn, stated that "Azerbaijan will participate in it." According to the Azerbaijani top diplomat, "there are some ideas that may help us organize a summit of the Caspian states."

A convention on the legal status of the Caspian Sea is planned to be signed at the next summit of the Caspian states. Russian Deputy Foreign Minister Grigory Karasin said earlier that the summit may take place in Kazakhstan in early 2018.

The legal status of the Caspian Sea remains the key issue discussed at the regional countries’ summits. The five countries’ leaders held their first meeting in Turkmenistan’s capital of Ashgabat in 2002. The second Caspian summit was held in the Iranian capital of Tehran in 2007, while Azerbaijan’s capital of Baku hosted the third summit in 2010, and Russia’s Astrakhan hosted the fourth summit in 2014.