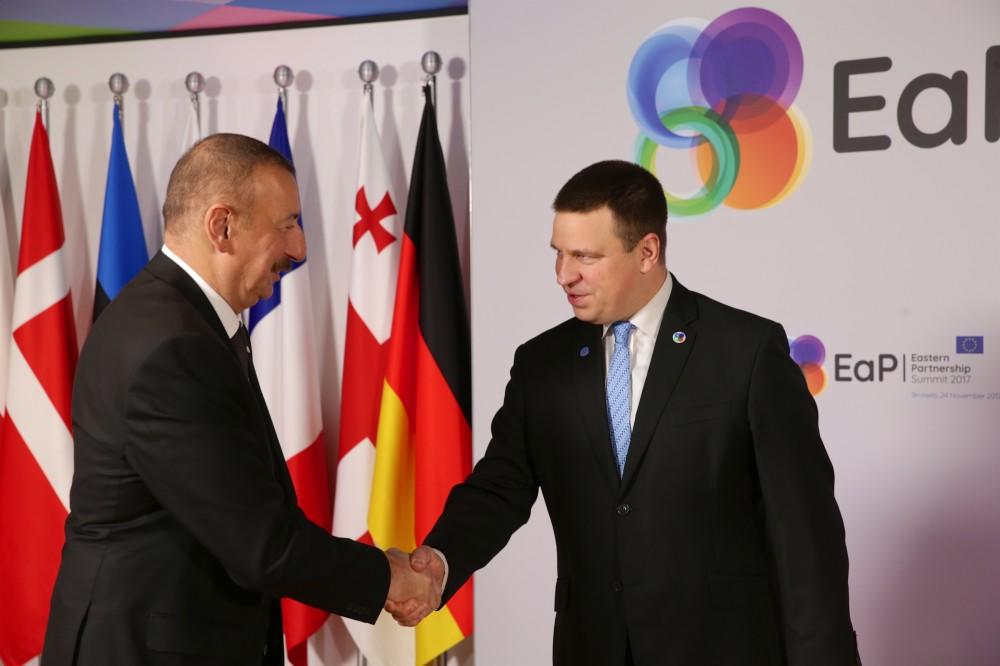 President of the Republic of Azerbaijan Ilham Aliyev, who is on a working visit to the Kingdom of Belgium, participated in the Eastern Partnership Summit on November 24 at the invitation of the President of the European Union Donald Tuskun.

Axar.az informs that The head of state arrived in the European Union building to attend the Eastern Partnership Summit plenary session.

Then there was a plenary session of the Eastern Partnership Summit.

The EU has already identified 20 key outcomes that will be achieved by 2020 to support the approach towards the East Partnership. The main stages were to be identified at the Brussels Summit.

After the end of the plenary session of the Eastern Partnership Summit, a joint photo was taken.

Later, a dinner was given in honour of state and government leaders.