Markov: "5 regions will be back this year" 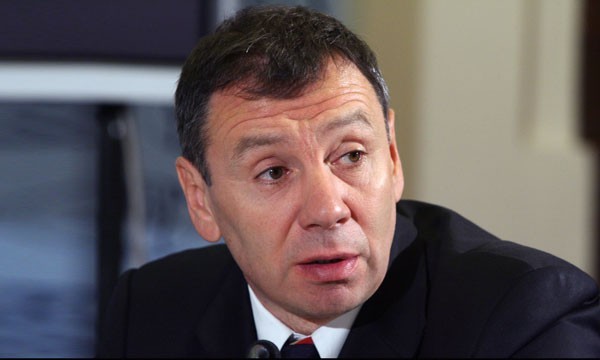 "The Armenian Government is well aware that Russia does not intend to intervene to the Nagorno-Karabakh conflict. Because the Russian leadership understands that Azerbaijan has no territorial claims against Armenia. Azerbaijan is willing to liberate its occupied territories."

Russian political analyst and director of theRussian Institute of Political Studies, Sergey Markov said these words in an interview with the correspondent of bureau of APA in Russia, commenting forecasts on Nagorno Karabakh conflict.

He added that the plan on the settlement of Karabakh conflict will be more active in the near future.

The proposed formula in Kazan that OSCE Minsk Group co-chair countries agreed will be implemented.

According to that formula, in the first stage, 5 districts under the Armenian occupation will be returned to Azerbaijan. Azerbaijan will place its civil population who were forced to displace their homes at that time to these areas. Then, the issue of return of 2 districts under Armenia’s invasion and Nagorno Karabakh will be mulled.

Implementation of this part of the offered formula in Kazan will take certain period of time.

All of these are the main principals of this formul that was offered in Kazan during the presidency of Dmitry Medvedev.

At the initial stage, Armenia returns 5 districts from 7.

Then these districts are demilitarized to ensure peace in the region.

In exchange for all these, Azerbaijan’s concession for Armenia is the elimination of the blockade of this country.

S.Markov added that till the end of this year 5 Azerbaijani districts under occupation of Armenia will be returned. "The negotiations on the return of the Azerbaijani population to Nagorno-Karabakh’s without any confrontation and Karabakh’s legal status will begin later. This process will take a long time. As I mentioned, 5 regions will be returned until end of the year and Azerbaijani families to come back to their homes. The remaining of 2 regions and the Nagorno-Karabakh during this period is not possible.” The political analyst noted about existence of affordable opportunity to the solution of Nagorno-Karabakh conflict through diplomatic way.