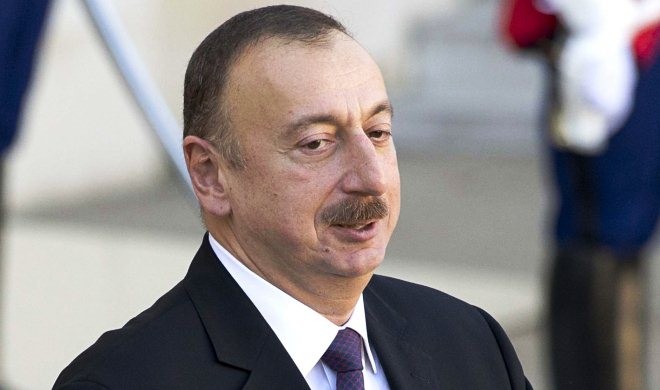 President of the Republic of Azerbaijan Ilham Aliyev has today arrived in Aghsu district for a visit.

The head of state laid flowers at a monument to national leader Heydar Aliyev in the city center.

President of the Republic of Azerbaijan Ilham Aliyev has attended the opening of a new building of Aghsu District Central Hospital.

President Ilham Aliyev cut the ribbon symbolizing the opening of the building.

Minister of Health Ogtay Shiraliyev informed the head of state that the construction of the 160-bed hospital started in 2012 and was completed late in 2015. The hospital occupies a total area of three hectares. The hospital consists of the main building, a 15-bed tuberculosis prophylaxis center and an infectious diseases block. There are surgery, pediatrics, anesthesiology and intensive care departments in the hospital, which is supplied with modern medical equipment.