"Multiculturalism should be promoted" 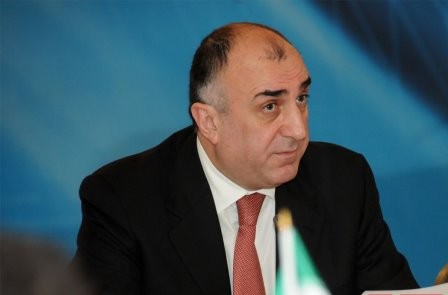 The growing threats such as radicalization, extremism and terrorism pose a threat to the stability and security of Europe and its partners, Azerbaijan's Foreign Minister Elmar Mammadyarov said on May 4.

He made the remarks during the meeting of Ministers of Foreign Affairs of the Visegrad Group and of the Eastern Partnership countries in Prague.

The minister said that these threats are against not only people's lives, but also the basic universal values ​​that ensure peaceful coexistence.

Multiculturalism should be promoted to overcome common problems, Mammadyarov said noting that Azerbaijan is ready to share its experience of multiculturalism.

He went on to say that Azerbaijan sees the EU strategy on culture in external relations as a tool that can be used in practice.

The FM stressed that 7th Global Forum of the United Nations Alliance of Civilizations (UNAOC) held in Baku on April 25-27, 2016 adopted the Baku Declaration which will promote intercultural dialogue and multiculturalism as a way to fight against violence and extremism and ensure the peace, security and welfare for all.

The topics and sub-topics of the forum are reflected in the 2030 Agenda for Sustainable Development, which promotes inclusive societies as a major component of sustainable development and includes establishment of justice, peace and security, Mammadyarov concluded.