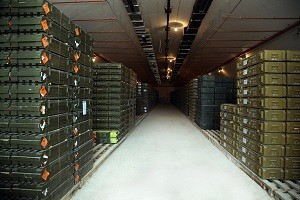 Under the instructions of Azerbaijan’s defense minister, planned activities are being carried out in order to replenish ammunition and projectiles used during the recent counter-offensive against Armenian armed forces, as well as to create additional reserves, the Azerbaijani Defense Ministry said in a statement.

Different types of weapons and equipment, ammunition and projectiles of any caliber, produced at the military-industrial complex of Azerbaijan and military enterprises of Russia and other countries shall be transferred to the disposal of Azerbaijani armed forces, according to the statement.

Provision of military units stationed in the first line of defense, as well as along the line of contact shall be carried out in accordance with the rules, the statement said.