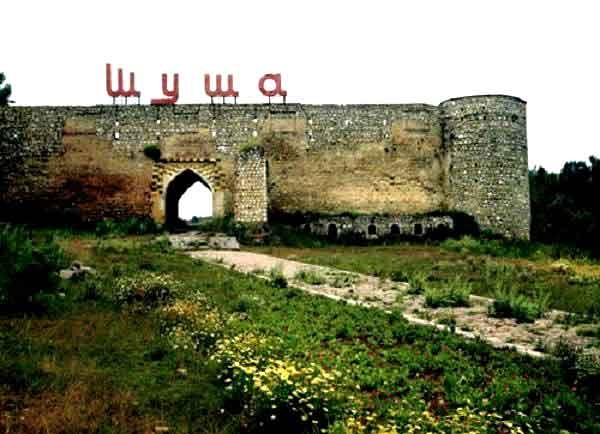 Azerbaijani Embassy to Serbia has issued a press release that reflects the facts related to the occupation of Shusha by Armenian armed forces.

The armed forces of Armenia continued the pattern of occupation in Shusha city practiced until that time in other occupied cities, towns and villages of Azerbaijan. This pattern implied mistreatment of civilians including their massacres, taking hostages and torturing, ethnic cleansing and destruction of historical and cultural heritage in Shusha in order to wipe out traces of Azerbaijanis in the city. Such criminal acts are in gross violations of all laws of armed conflict and have no statutory limitations.

Such crimes are the logical consequence of the Armenia’s state ideology of Nzhdeism, established after and inspired by Nazism, which follows ‘tsegakronutyun ideology’ based on the devotedness to the Armenian ‘race’ with explicit hatred to Azerbaijanis.

By illegally occupying Shusha and ethnically cleansing all Azerbaijanis and their cultural heritage there, Armenia also purposefully intended to erase the two-community nature of the Nagorno-Karabakh region of Azerbaijan.'

'It should be underlined in this regard that Shusha throughout the history was a place of residence of Azerbaijanis, administrative, scientific and cultural centre of the Karabakh region of Azerbaijan.

While May 9 is celebrated across the world as Day of Victory over Nazism, “festivities” are arranged on this day in Armenia to celebrate occupation of Shusha. This is itself a manifestation of Nazism-following ideology of Nzhdeism and lack of Armenia’s vision for peace.

The armed forces of Armenia launched offensive to occupy Shusha city at the night just after the meeting held in Tehran between the leadership of Armenia and Azerbaijan, during which both sides agreed to peaceful solution of the conflict on the basis of the norms and principles of international law enshrined in the UN Charter. Unfortunately, after 24 years of illegal occupation, such pattern of discrepancy between official commitments and actual deeds is a continuous reality of Armenia’s policy towards the conflict settlement.

'In this context responsibility for any further tensions in the zone of Armenia-Azerbaijan conflict lies with the Armenia’s leadership.

Holding Shusha and other historical territories of Azerbaijan under occupation and not allowing forcibly displaced Azerbaijani population to return to their places of origin will never produce a political outcome desired by Armenia. The sooner Armenia reconciles with this reality and abides by the international law, the earlier the conflict will be resolved and the countries and peoples in the region will benefit from the prospects of cooperation and economic development.

The Azerbaijani side calls on the international community to demand from Armenia to cease the illegal occupation of Azerbaijan’s territories, to withdraw its troops from all seized lands and to engage constructively in the conflict settlement process in accordance with the requirements of relevant resolutions of the UN Security Council and the norms and principles of international law', the press release reads.