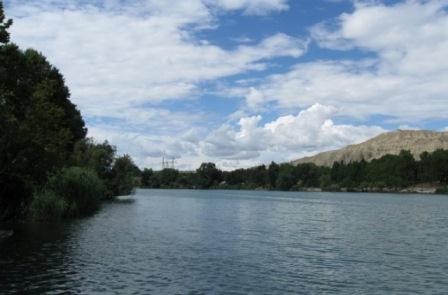 National Environmental Monitoring Department of the Ministry of Ecology and Natural Resources held monitoring in the first decade of May checking the level of pollution in trans-boundary rivers Kur and Araz and their trans-boundary tributaries.

As a result of contamination in Armenia and Georgia, the content of the biogenic matters in the Kur River exceeded the norm by several times in accordance with the results of the monitoring.

The content of phenols exceeded the maximum permissible concentration by over 3.3 times at the Shikhli-2 siteand 3.1 times in the Agstafachay River.

Meanwhile, the phenols exceeded the maximum permissible concentration by 2.9 times in the Agstafachay Reservoir.

At the same time, the phenol content exceeded the maximum permissible concentration by 2.5 times at the Horadiz, 2.3 at Bahramtepe and 2.2 at I Shahsevan-1 sites of the Araz river.