Armenia tries to drag out negotiations 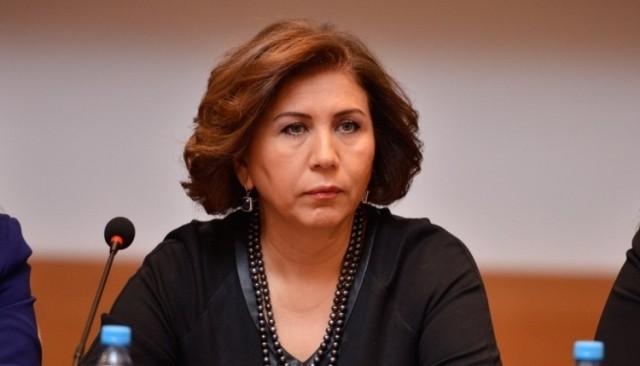 Despite the calls of the OSCE Minsk Group co-chairs to change the status quo in the Nagorno-Karabakh conflict, Armenia, with the help of foreign intercessors, is trying to drag out the negotiation process and maintain the status quo, Bahar Muradova, vice-speaker of the Azerbaijani parliament, said on Friday.

She made the remarks during the hearings in the Azerbaijani parliament on the "Recent developments on the line of contact: Problems of the international humanitarian law."


Muradova said that the international community is already aware that the conflict poses a serious threat.


“We all know that while mediators continue to make efforts to resolve the conflict, the Armenian side resorts to provocations on the contact line,” the vice-speaker said, noting that the Armenian provocations of early April resulted in deaths among the Azerbaijani population and caused detrimental effects on the environment.


She added that in order to prevent these provocations, Azerbaijani armed forces launched a counteroffensive and liberates several heights, as a result of which the myth of the invincibility of the Azerbaijani army was destroyed.

The vice-speaker said undesirable processes started for the Armenian leadership, and the civilian population in Nagorno-Karabakh began to understand that the conflict is no longer needed.


Muradova mentioned that by starting this conflict, Armenia has created problems for the civilians in Nagorno-Karabakh, and this situation cannot continue in this way.


She stressed that the Armenians in Nagorno-Karabakh are citizens of Azerbaijan.


“We need to solve their problems and ensure the return of Azerbaijani refugees and IDPs to their natives. The April events have shown that Azerbaijan is not going to reconcile with this situation for long,” the vice-speaker concluded.