Ilham Aliyev received delegation led by chairman of BP Board 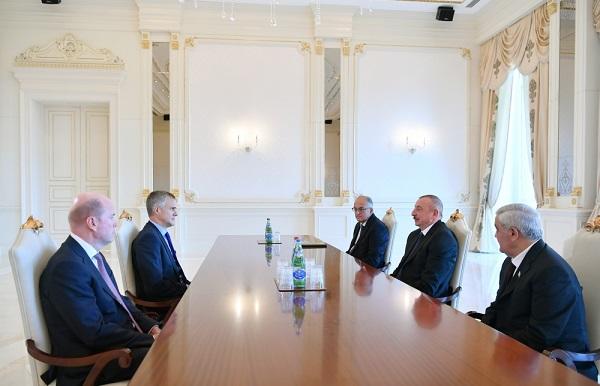 President of the Republic of Azerbaijan Ilham Aliyev has received a delegation led by chairman of the BP Board Helge Lund.

The long-term successful cooperation between Azerbaijan and BP was hailed, the role of oil and gas industry development in diversifying Azerbaijan’s economy was underlined at the meeting. The sides also hailed the importance of the implementation of large-scale infrastructure projects in Baku and the regions.

Saying he last visited Azerbaijan in 2014, chairman of the BP Board Helge Lund added that he had eye-witnessed big development processes in Baku since his last trip.

The chairman of the BP Board noted that September 20 would mark the 25th anniversary of signing of the Contract of the Century, emphasizing the role of this project in terms of the development of Azerbaijan.

The sides also exchanged views on prospects for cooperation in the Azerbaijani sector of the Caspian Sea.