Pashayev appeals to Ilham Aliyev for dismissal from post 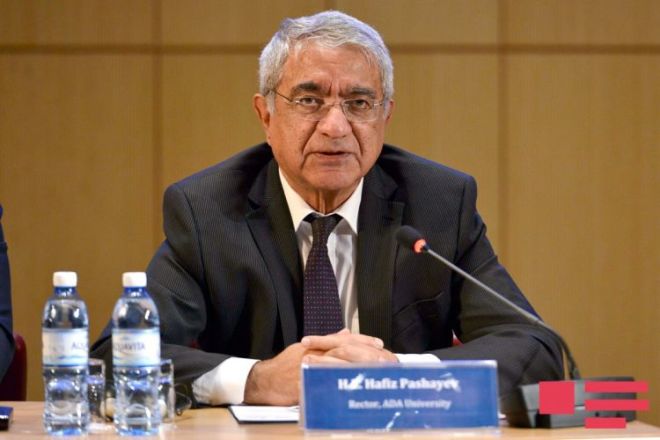 Deputy Foreign Minister of Azerbaijan, Rector of ADA University, Hafiz Pashayev, has appealed to President Ilham Aliyev with a request to dismiss him from the post of deputy FM.

In his appeal, Hafiz Pashayev noted that he has worked in state structures of independent Azerbaijan for 27 years. Pashayev said he has always placed the interests of Azerbaijan above all, did his best to justify the trust of the founder of modern Azerbaijan, Heydar Aliyev and President Ilham Aliyev.

Taking into account the call to attract new and young staff to the civil service for the effective implementation of reforms carried out in Azerbaijan under the leadership of the head of state, Pashayev took this step of his own free will.