Sargsyan released criminals and sent them to Karabakh 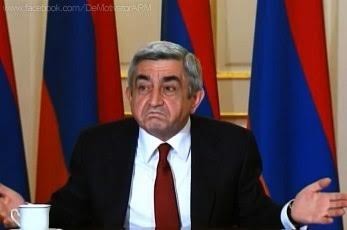 8 prisoners have been released from Armenia's "Vardashen" prison.

According to the Armenian media, Sargsyan ordered for the releasing of the young prisoners.

On May 15, the young inmates released and then they were sent to the front line.

Noted that, Armenian media writes about it for a long time.

After the heavy defeat in the four-day April war, Armenia is experiencing a shortage of soldiers in the Nagorno-Karabakh. The Armenian government sends terrorists around the world, including elderly men and women, to Nagorno Karabakh.