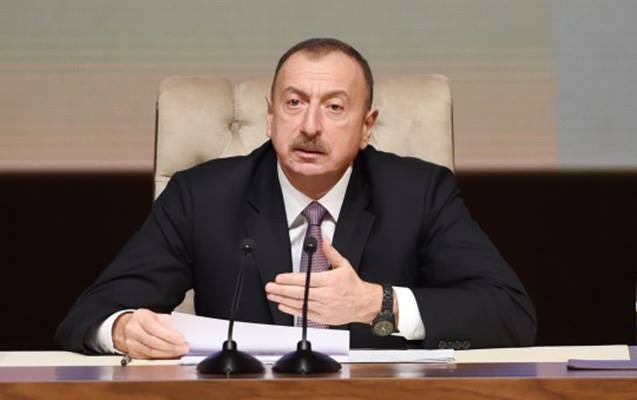 Saying this cooperation covers various formats, the head of state noted that the partnership has already entered a new phase. President Ilham Aliyev highly appreciated IMF’s support and recommendations for economic progress in Azerbaijan. The head of state expressed his confidence that the activities of the mission led by Mohamed El Gorchi would strengthen the country’s relations with this organization and contribute to continuation of substantial reforms.

President Ilham Aliyev noted that the dramatic fall in global oil prices naturally led to decrease in the revenues.

However, measures taken in the country such as consolidation of the budget and reforms to diversify economy helped to eliminate serious risks.

The head of state said he hoped that cooperation between Azerbaijan and the IMF would successfully continue.

Head of the International Monetary Fund mission on Azerbaijan Mohamed El Gorchi highly appreciated the measures taken by the Azerbaijani government to eliminate the complications caused by the global economic crisis. Mohamed El Gorchi said that devaluation of manat and other measures protected national production in Azerbaijan, and boosted exports in non-oil sector. He described the steps taken by the Azerbaijani government as brave and successful.

Head of the International Monetary Fund mission on Azerbaijan Mohamed El Gorchi stressed the importance of focusing on the banking sector in the current circumstances. Mohamed El Gorchi noted that the IMF was ready to conduct exchange of views with related institutions in Azerbaijan, render technical assistance to the country and participate in the relevant consultations.