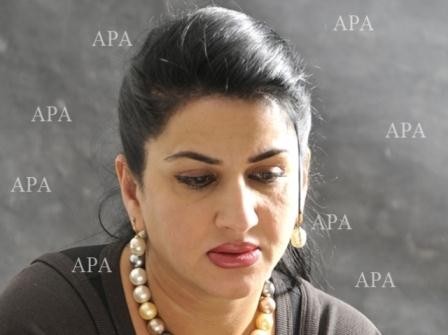 Nagorno-Karabakh began to undergo systematic Armenization process since the Siemens smelting plant in Azerbaijan’s Gadabay district began to operate in 1865, researcher Nourida Ateshi said in a statement on June 2.


"On the basis of these materials, German scientists Armenized the pre-Christian history of Karabakh in an organized manner over 150 years, presenting historical tombs as Armenian, ancient Azerbaijani lands as Greater Armenia’s, Armenian plateau, and even Alban churches as Armenian. In hundreds of scientific publications, famous German scientific magazines, universities, and museum catalogues continued this tradition,” the researcher said.

She noted that the Berlin-based Institute for Caucasus Studies has conducted a series of long-term researches in German museums, uncovering a number of new collections, archive materials, and historical facts belonging to Azerbaijan’s Khojaly-Gadabay culture that shed light on the German-distorted history of Karabakh over 150 years.


Ateshi emphasized this history, distorted knowingly or unknowingly, played a big role in the Nagorno-Karabakh problem, leading to negative consequences in international science.

“After having remained silent for so long, the German side must finally answer these questions and correct the errors,” she said.

Ateshi added that she has prepared a letter to the German government.

“Although the letter does not call for return of Azerbaijani cultural artifacts to Azerbaijani, it does demand that Khojaly-Gadabay culture be studied over alongside German scientists in an unbiased manner, materials be catalogued again and faulty scientific publications be removed from circulation,” she concluded.